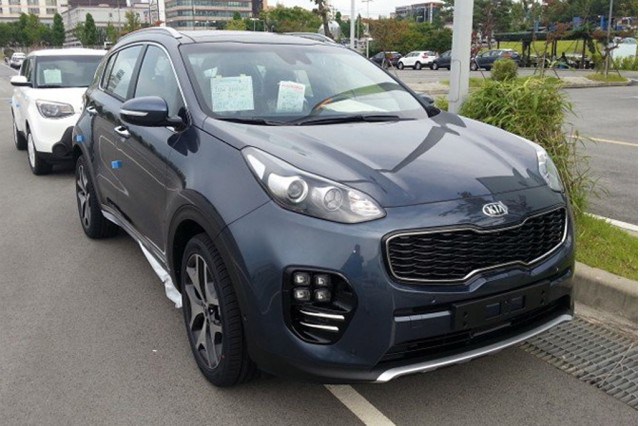 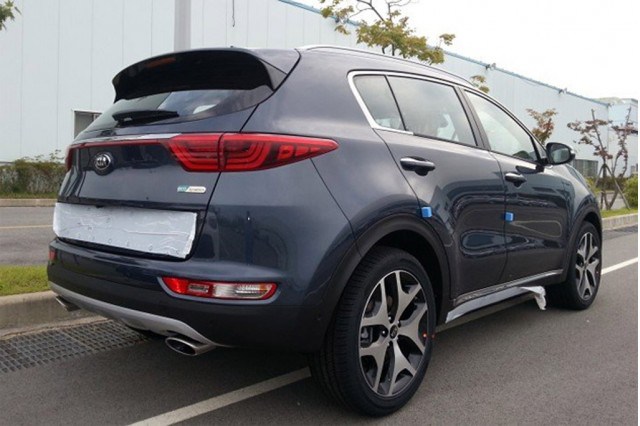 Dr. Ing. h.c. F. Porsche AG of Stuttgart is launching its most powerful diesel model on the market as the Porsche Cayenne S Diesel. The 4.2-litre eight-cylinder engine with biturbo charging produces 382 hp (281 kW) and offers a maximum torque of 850 Newton metres. This drives the new Cayenne S Diesel to top values in both dynamic performance and efficiency: The new top diesel completes the sprint from zero to 100 km in 5.7 seconds, and its top speed is 252 km/h. In the process, it utilises energy in an exemplary way: Its NEDC fuel consumption is just 8.3 litres per 100 km (CO2: 218 g/km). One factor contributing to this excellent value is the auto start/stop function; the new model is the world’s only SUV with a diesel V8 to offer this functionality.

The Porsche Cayenne S Diesel offers a driving experience that is typical of a Porsche and yet is altogether new. It is emotional like a sports car in its dynamic performance and sound. The smooth running properties and resonant sound of the eight-cylinder engine attain a level comparable to that of previous Porsche V8 engines. The Porsche Cayenne S Diesel gets its very special character from PTM active all-wheel drive. This system produces the driving qualities of a rear-wheel drive vehicle – together with all of its benefits in handling and precision. In a sporty, dynamic style of driving, front-wheel drive actions precisely adapted to the driving situation intervene to improve stability and traction. The optional Porsche Torque Vectoring Plus (PTV Plus) makes this excellent dynamic performance even sportier.

The Porsche Cayenne S Diesel with its superior engine power is also the ideal vehicle when towing and manoeuvring boat or horse trailers. The Porsche Cayenne S Diesel still has sufficient power reserves even when working at its maximum towing capacity of 3.5 metric tonnes. The new vehicle also takes on the role of a long-distance champion: based on its NEDC fuel consumption the Cayenne S Diesel – equipped with an optional 100-litre fuel tank – can be driven a distance of about 1,200 km without having to stop to refuel.

On its exterior, the new top diesel model is an uncompromising Cayenne S as well, and it displays the typical visual features of the eight-cylinder versions. The brake system, for example, has been sized to handle the car’s power output, and it is identified by its silver brake callipers. The black fins at the front end emphasise the open air inlets. As on the Cayenne Diesel, the “diesel” badges at the front ends of the wings call attention to the operating mode of the V8 engine. The model badge at the rear identifies it as a Cayenne S.

The Porsche Cayenne S Diesel will launch on the market in January 2013 and will cost 77,684 euros in Germany – including 19 per cent VAT and country-specific features.

Mercedes Benz has been trying to retire the agricultural 33-year old G-Wagen for years, but people keep buying the damn thing. It’s replacement was supposed to be the GL series, a large and luxurious 7-seater seemingly tailor-made for an American extended family and the open freeway. Unfortunately it is an expensive and somewhat uninspiring vehicle with none of the style of its equally gargantuan German rival the Audi Q7. However it’s smaller brother the GL is a chunky and almost cute synthesis of the all-terrain vehicle paradigm and the current Mercedes-Benz style guide, especially after it’s 2013 model year refit.

The first GLK had the feeling of an experiment on Mercedes’ part. A radically sharp and boxy shape with a single engine choice and a basic interior. A dalliance with the custom car community at launch suggested M-B were aiming the vehicle at “the youth”. This has changed.

Car’s such as the BMW X3, the Audi Q5 and most importantly the Range Rover Evoque have defined this segment that we might call “Affluent Mom”. There’s gold in them there hills and the full force of Mercedes-Benz design, styling and engineering teams has descended to craft the GLK into full membership of the company’s range.

Naturally the oversized grill and snout are now in place together with the characteristic low air intakes below the lamp clusters. This being nominally an off-road vehicle we get a chromed sump guard rather than the usual front splitter.

Wheel arches are purposefully pumped and at the rear develop into a more cubist interpretation of the current Mercedes side swoop. Big rear taillights and another chromed under-plate complete the look.

It’s on the chunky side of cute and compared to Audi & BMW offerings a little more masculine and American in intent. Although made in Germany the U.S. is clearly a major sales target – indeed the vehicle is not offered in some European markets, including the U.K. where the Evoque is sweeping all before it.

The interior has similarly graduated to the current range standard style, including big chunks of polished walnut, leather and the “jet engine” ventilation outlets from the range-topping SLS. The detailing is perhaps slightly less opulent than some of the sedans but any owner will feel they are driving a proper Mercedes-Benz and that’s clearly been a priority for the company.

One potentially cost-saving measure, or perhaps one just aimed at American Moms, is the use of a column mounted gear shift for the ubiquitous 7-speed auto box rather than the regular console-mounted stick and steering wheel paddles.

This accelerates the GLK350 and GLK350 4MATIC from 0-60 mph in 6.5 seconds. Top speed is 130 mph. This new motor also features Mercedes-Benz’s ECO stop/start system for better fuel economy, particularly in city and suburban driving conditions. The GLK 250 BlueTEC 4MATIC boasts the most powerful four-cylinder diesel engine in the SUV world apparently. The direct-injection engine is rated at 190 hp (150 kW) and generates 369 lb-ft (500 Nm) of torque from 2,143 cc.

Even more frugal engine choices in the form of 4 wheel drive 220 BlueTEC and 2 wheel drive 200 & 220 BlueEfficiency diesels will be offered in Europe but not the U.S.

Vehicles will become available at the end of summer 2012 and European prices range from 36,000 euros to 50,000 euros including taxes while U.S. prices will come in at about $45,000 excluding taxes.