While there are a number of other third-party keyboards available for iOS devices, you might not have been expecting Google to be the next company to deliver a GIF-capable one for your device. You’d have been wrong, however.

Launched today, Gboard for iPhone aims to bring together anything you might want without having to navigate away from whichever app you’re typing in. So that could be a GIF, emoji support or the ability to search things like nearby stores and restaurants, news, weather forecasts and everything else you can search via Google. So, everything then.

As well as putting a world of information, stupid pictures and emojis at your fingertips, the keyboard also supports the Swype-like ‘Glide’ typing found on other alternatives.

And yes, like most of Google’s apps, it is free to use.

The one potential downside is that it appears to only be available to users in the US for now. 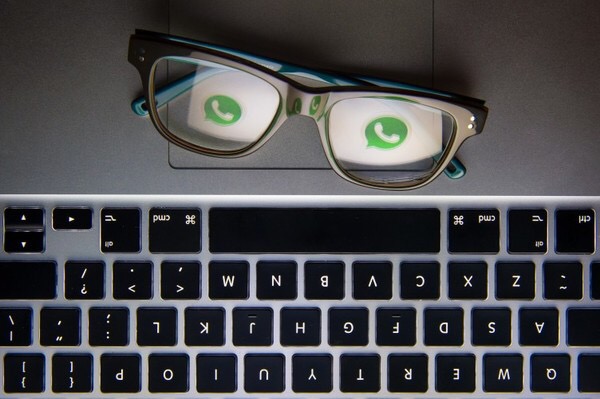 MESSAGING SERVICE WHATSAPP, which has over a billion users, has announced it has encrypted its service.
The service, which is owned by Facebook, is used to send billions of messages daily but some users had feared its lack of encryption made personal data vulnerable.

On the company’s blog today, founders Brian Acton and Jan Koum revealed that end-to-end encryption had been added to the service.

The idea is simple: when you send a message, the only person who can read it is the person or group chat that you send that message to. No one can see inside that message. Not cybercriminals. Not hackers. Not oppressive regimes. Not even us. End-to-end encryption helps make communication via WhatsApp private – sort of like a face-to-face conversation.

A row about encryption has been raging in the US between Apple and the FBI and services like Telegram and Signal, which sell themselves on their encryption, have surged in popularity.

The encryption will be added to any group where at least one member has the newest version of the app and will kick in across operating platforms and devices.

Koum says that while the company respects the job done by law enforcement, the right to privacy was too important to ignore.

The desire to protect people’s private communication is one of the core beliefs we have at WhatsApp, and for me, it’s personal. I grew up in the USSR during communist rule and the fact that people couldn’t speak freely is one of the reasons my family moved to the United States.

“Today more than a billion people are using WhatsApp to stay in touch with their friends and family all over the world. And now, every single one of those people can talk freely and securely.” 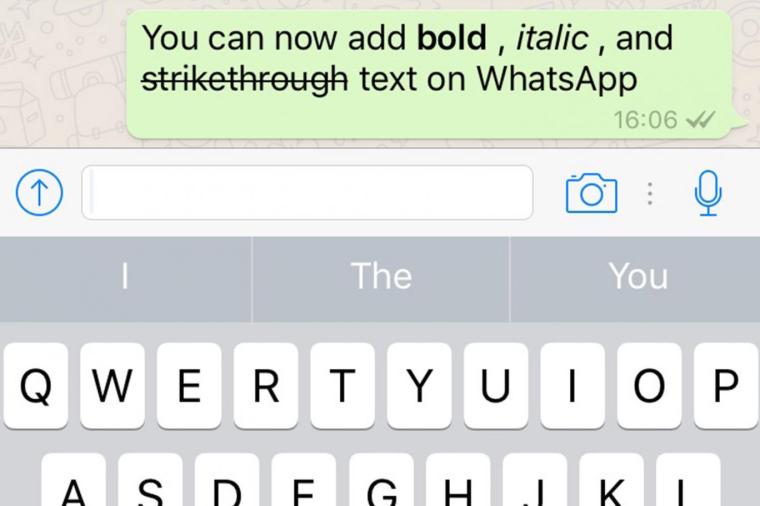 WhatsApp now allows users to add bold, italic, and strikethrough text to instant messages – and it’s really simple to do.

The function has come in the latest version of the app, and works on both iOS and Android – helping you say what you really mean when simple words and emojis just won’t cut it.

To add bold text to a WhatsApp message, simply add an asterisk to either of the end of the text, i.e. *bold text appears here*

For italics, add an underscore to each end of the text, i.e. _italic text appears here_

Each format can also be combined, for example to send text that’s both bold and italicised, just *_add asterisks and underscores together_*

Make sure you update to the latest version of the app to see the new text formats on Android and iOS.

The iPhone 7 may come with a Smart Connector if photos of what appears to be an early iPhone 7 Plus unit can be believed.

Photos of the alleged iPhone 7, leaked by a Chinese website, show Apple integrating a dual-lens camera into the design of the rear case. If the case is accurate, it looks like Apple won’t be ditching its protruding camera lens this year.

It’s unclear if Apple will use the dual-lens camera on the iPhone 7 as well as the 7 Plus. Early rumors have suggested Apple will make the feature exclusive to the iPhone 7 Plus due to supply constraints in late 2016.

Russian design firm Feld & Volk — famous for its gaudy iPhone modifications — has already created renderings of what the iPhone 7 Plus would look like if the leaked case above is genuine. Feld & Volk also has a reputation for getting its hands on iPhone parts before launch, but their sources haven’t confirmed whether the leaked iPhone 7 case is authentic.

The addition of a Smart Connector on the iPhone 7 hasn’t been mentioned by previous rumors. Apple debuted the new connector, which can power devices and transmit data, on the iPad Pro. (The upcoming 9.7-inch iPad Pro is also expected to get the feature.)

Adding a Smart Connector to the iPhone 7 could alleviate some fans’ concerns about charging and listening to headphones at the same time if Apple kills the headphone jack as expected.

Apple announced its first quarter financial results for the financial year of 2016, which ended on December 26, 2015.

The company posted record quarterly revenue of $75.9 billion and record quarterly net income or profit of $18.4 billion, the highest in the company’s history. In comparison, Apple earned $74.6 billion revenue and $18 billion net income in the year-ago quarter. International sales accounted for 66% of the quarter’s revenue.

In his statement, CEO Tim Cook attributed the record quarter to the strong sales of iPhone, Apple Watch, and Apple TV. He also said the growth of Apple’s Service business accelerated and the company’s install base crossed one billion active devices, roughly 1/7th the Earth’s population.

However, despite the impressive numbers, Apple’s stock fell after hours, as although the company exceeded the $18.22 billion net income projected figure by analysts, it fell short of the $76.67 projected revenue figure.