You could be playing as a street racer and one of your rivals may end up being your friends. Or you could be a cop and the guy you are chasing could be your friend. The game will indicate you of the presence of your friend in the game world and you don’t have to take any special effort to enable or play a dedicated multiplayer mode. Both you and your friend are still playing as single players but since it’s the same world you may also end up playing against each other.

Other than that, Rivals also runs on the next generation Frostbite 3 engine, which we first saw in the Battefield 4 demo. The new engine offers even more realism through some stunning graphics, which you can see from the short teaser video below. Need for Speed Rivals is being developed by a new game studio called Ghost in collaboration with Criterion, who made the previous Need for Speed: Most Wanted (2012) and Hot Pursuit games, along with the popular Burnout series.

The game is set to launch on November 19, 2013 and can be pre-ordered from EA’s website right now

Defeat your rivals by any means necessary

Racers are lone wolves out for their own glory; driving agile cars built for high speed racing and epic chases. Cops work in teams to hunt down and bust racers using the full power of the police force.

Switch roles at any time and watch the stakes grow in an all-new scoring system that lets you put your speed points on the line to earn even greater rewards.

Destroying the line between singleplayer and multiplayer

New in Need for Speed Rivals, All-Drive destroys the line between singleplayer and multiplayer gameplay. Seamlessly join a world where your friends are already racing and chasing. No lobbies. No waiting.

Paths cross and experiences merge, creating a world where your race and your friend’s pursuit collide 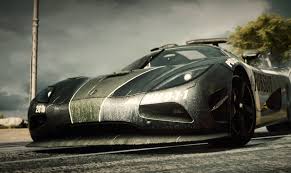 Experience speed that you can truly feel

The power of the Frostbite 3 gaming engine brings the breathtaking scope and high speed action of Redview County to life. Every detail of the game world is rendered in stunning, high definition, next generation graphics, while weather conditions constantly change as you race and chase in snow, hail, rain, dust storms and heavy fog.

Connect with the Need for Speed Network to drop roadblocks or alert friends of inbound cops. Compare your progress against your rivals and share pictures of your best races and chases.

Personalize your cars with performance and style

Power up your car with the latest upgrades in pursuit technology and personalize your bodywork with fresh paintjobs, liveries, custom license plates, rims, and decals to show off your car to the world.

Intense racing moments are made even more thrilling with access to technology and upgrades customized to each side of the law.

Racers can choose evasion technology from jammers to electromagnetic pulses. Cops are outfitted for aggressive busts with shockwaves, roadblocks, helicopter support and more. No matter the side you choose, use technology to stay one step ahead of your rivals