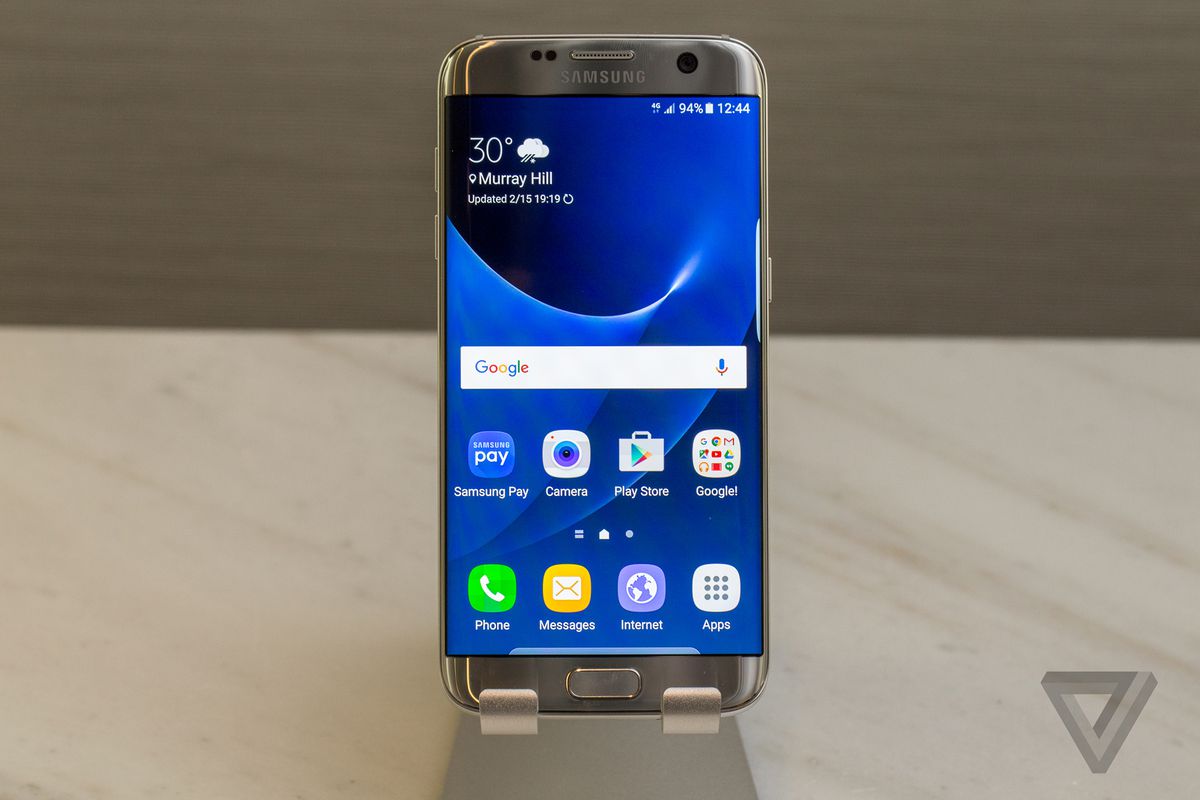 Samsung had something to prove with last year’s Galaxy S6 and S6 Edge. It wanted to show the world that it too could make high-end smartphones with great design and premium materials, just like Apple and HTC have done for years. And it succeeded: the S6 models were by far the nicest smartphones ever to come out of the Korean giant’s factories.

The cheesy plastic was ditched and replaced with metal and glass. This move did wonders to shake Samsung’s bad rap for making cheap feeling, ugly devices. But they weren’t without flaws: high prices, the removal of expandable storage and waterproofing, and poor battery life disappointed many reviewers and buyers, and the S6 line hasn’t turned around Samsung’s sinking mobile business. 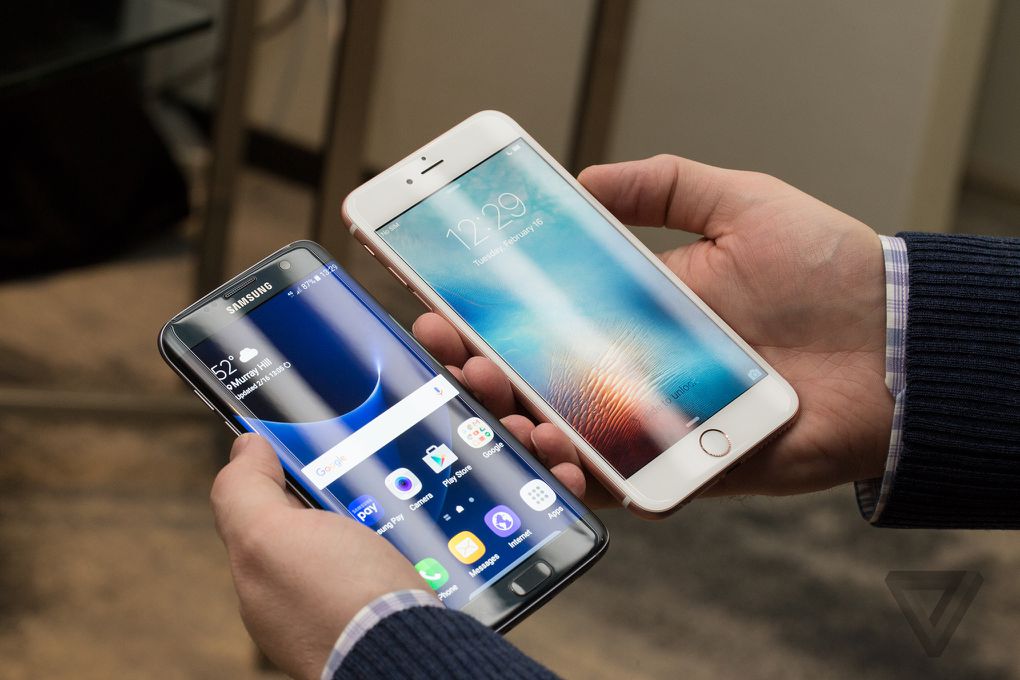 Now the company is launching its next volley, the Galaxy S7 and S7 Edge. The new S7 models don’t rewrite the book — they borrow liberally from the S6’s design and feature set. But they bring numerous refinements and improvements, and they restore features that went missing from the Galaxy S6 line. They are, very likely, the best phones that Samsung has ever made. 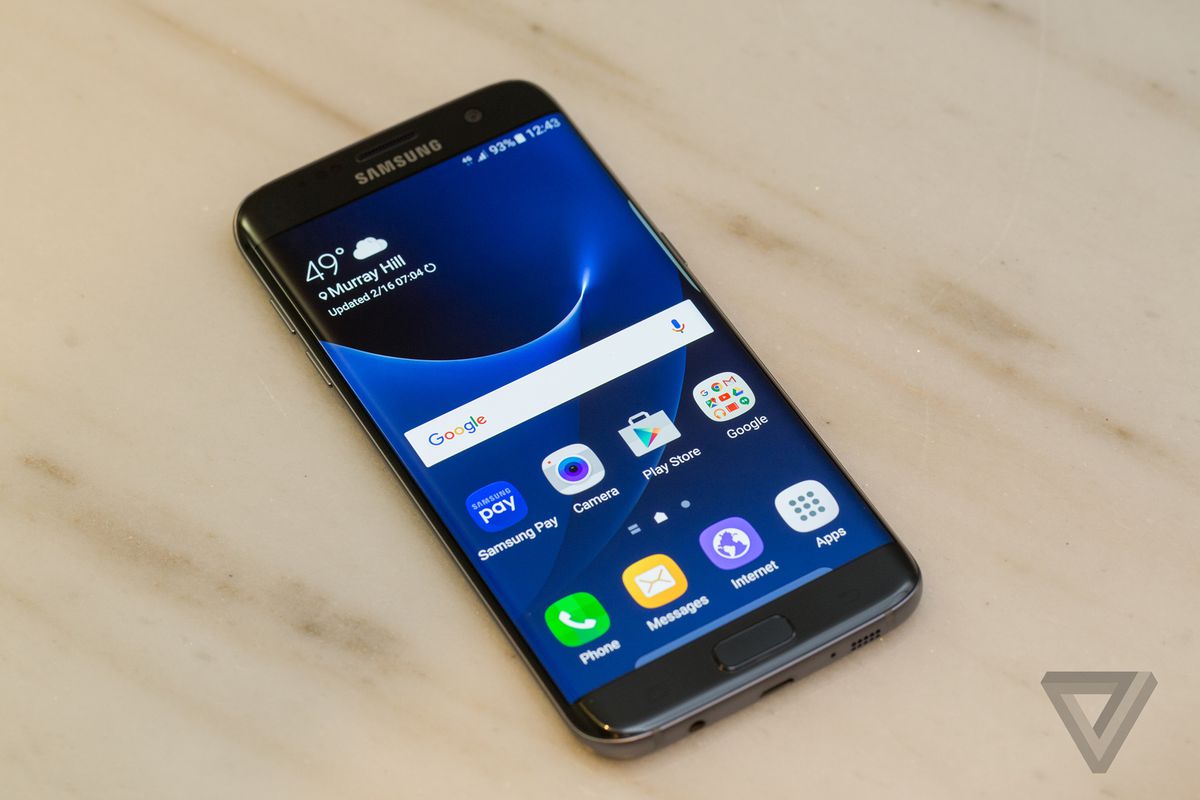 Samsung has tightened up the S6’s overall design for the S7: it’s more comfortable to hold, easier to pick up off of a table, has a flatter fingerprint scanner, and has a less pronounced camera hump. It won’t look unfamiliar to anyone that’s seen or held the S6, and it still looks remarkably similar to the iPhone 6 and 6S depending on which angle you look at it from. The standard S7 retains the 5.1-inch, quad HD Super AMOLED display from its predecessor.

The S7 Edge has received a more thorough update: it’s been given a larger, 5.5-inch display (still quad HD Super AMOLED and curved on both sides), and been refined even further. The back of the device has a slight curve to it now, making it much more comfortable to hold than last year’s phone. It’s also remarkably small, especially when its put side-by-side with other phones with 5.5-inch screens, such as the iPhone 6S Plus. The S7 Edge is a phone that most people could use with one hand, and it slips into a pocket with ease, despite having a spacious display. In the brief time I spent with it, I was taken away by how nice it was to hold in my hand. It’s a stunning piece of technology. 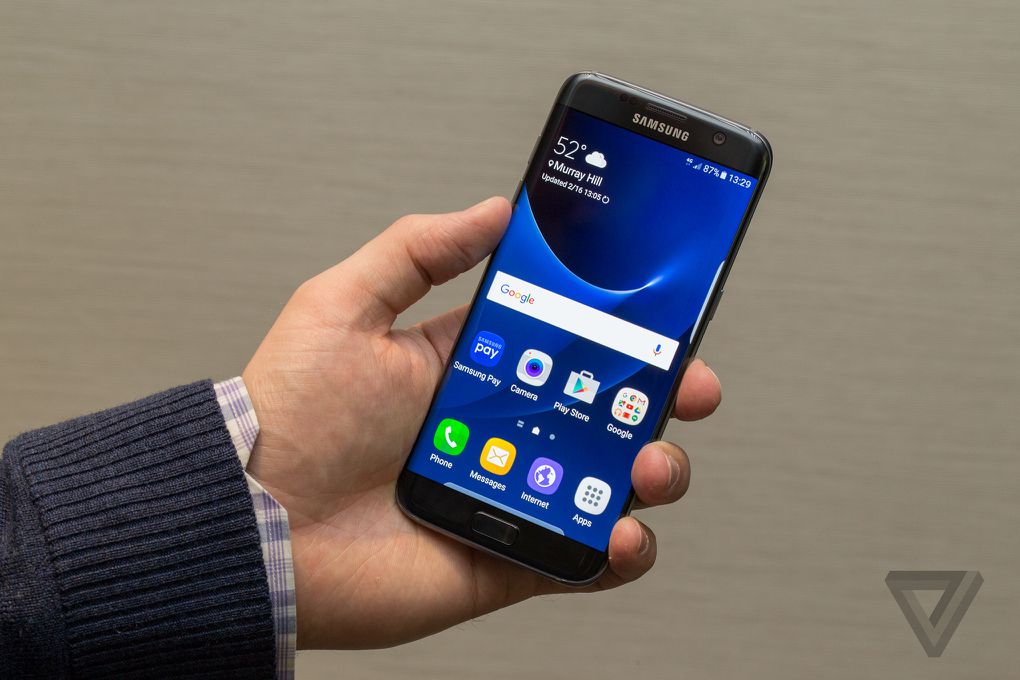 Both phones have support for microSD cards to augment their 32GB of internal storage (Samsung says a 64GB model will be available in some regions, but the US will just have the 32GB), as well as IP68 water and dust resistance, which allows for submersion in up to 1.5 meters of water for 30 minutes at a time. The S7’s waterproofing includes sealed ports, so there are no fussy port covers over the USB ports or headphone jacks. The S7 does not use USB Type-C, but sticks with the traditional Micro USB port. Samsung says this is because Micro USB retains compatibility with the Gear VR headset released last year, and that USB C isn’t quite ready for the mainstream just yet. 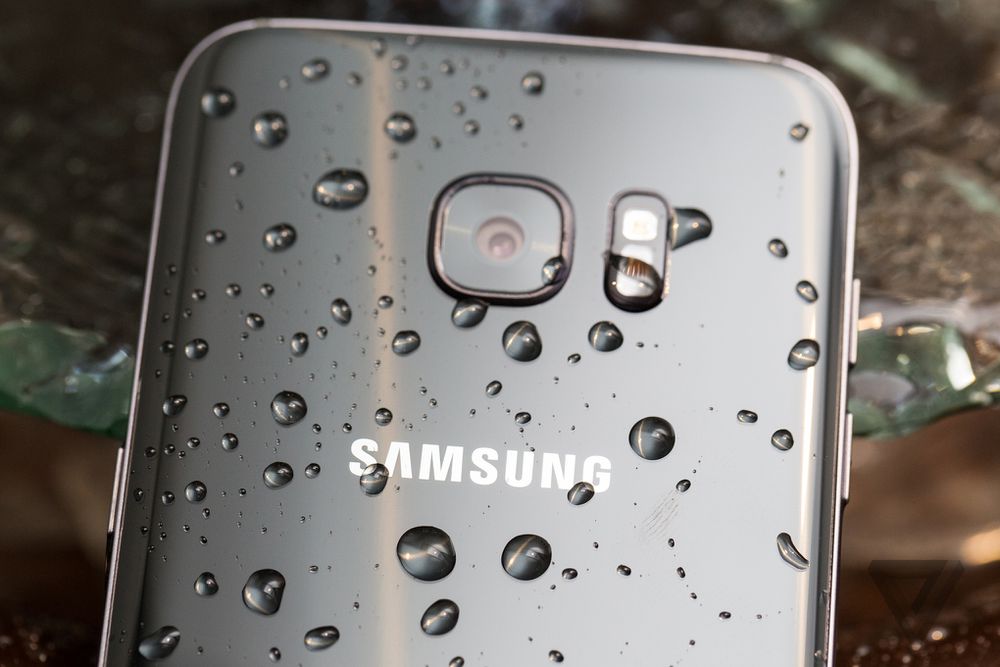 Additionally, the S7 line is powered by Qualcomm’s Snapdragon 820 processor in North America, a departure from Samsung’s own Exynos chips that were in the S6. (Samsung is still using Exynos processors in the S7 for other regions of the world.) The RAM has been stepped up to 4GB this time around.

While Samsung brought back the expandable storage and water resistance of its earlier Galaxy models, like the S6, the S7 line does not have removable batteries. Instead, to address the battery life deficiencies of last year, Samsung increased the size of the phones’ batteries, up to 3,000mAh in the S7 (up from 2,550mAh in the S6) and 3,600mAh for the S7 Edge (vs 2,600 in the S6 Edge). Those batteries are significantly larger, especially in the S7 Edge, so hopefully the battery woes of the S6 are left in the past. Both phones also retain Samsung’s adaptive fast charging and fast wireless charging features. 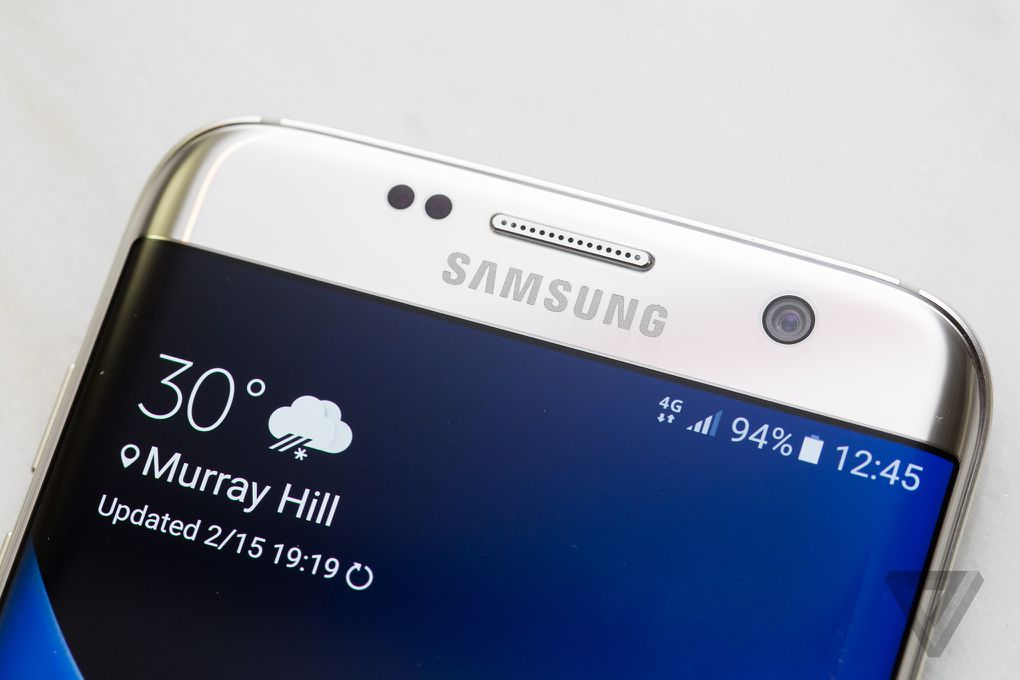 Perhaps the most significant change this year comes in the S7’s new 12-megapixel camera. It’s lower resolution than last year’s 16-megapixel shooter, but Samsung says its larger pixels let in 56 percent more light than before for better low light images. The camera’s lens is a brighter f/1.7 aperture, allowing in 25 percent more light. Combined, the new sensor and lens let in 95 percent more light than last year’s already impressive camera, which is promising for low light photography. The sensor’s shape has also changed from a wide-format 16:9 to a more traditional 4:3 ratio.

Samsung says the new camera can focus up to three times faster thanks to its dual-pixel system that allows every single one of the 12 million pixels to act as focus pixels, similar to the system Canon uses in some of its DSLR cameras. The camera is also very quick to launch — in brief demos it handily beat out a Nexus 6P and iPhone 6S Plus in getting ready to take a shot. 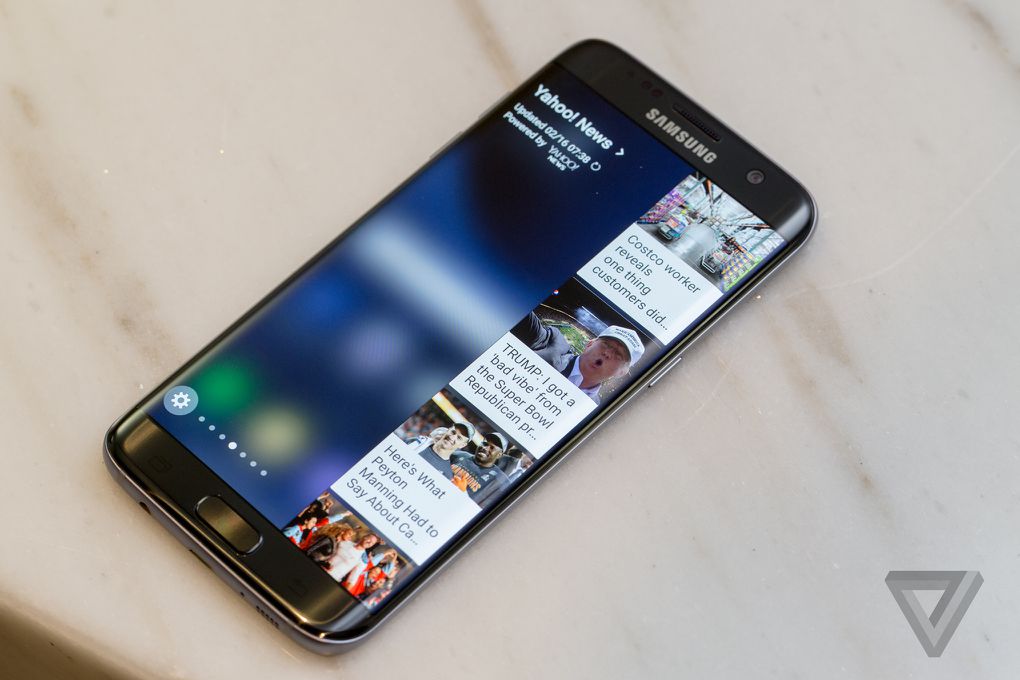 For software, the S7 models are running Android 6.0 Marshmallow with Samsung’s TouchWiz interface. There are couple new enhancements for the S7’s edge swipe features, but the big new software trick is the Always-On Display, which permanently shows a clock with notifications, a calendar, or an image on the S7’s screen. It is not a motion activated display, like Motorola’s Active Display or Google’s ambient display, but remains on all the time. Samsung says the features only consumes half a percent of battery per hour in its tests, and if the proximity sensor is covered, as when the phone is in a bag or pocket, the screen will shut off. 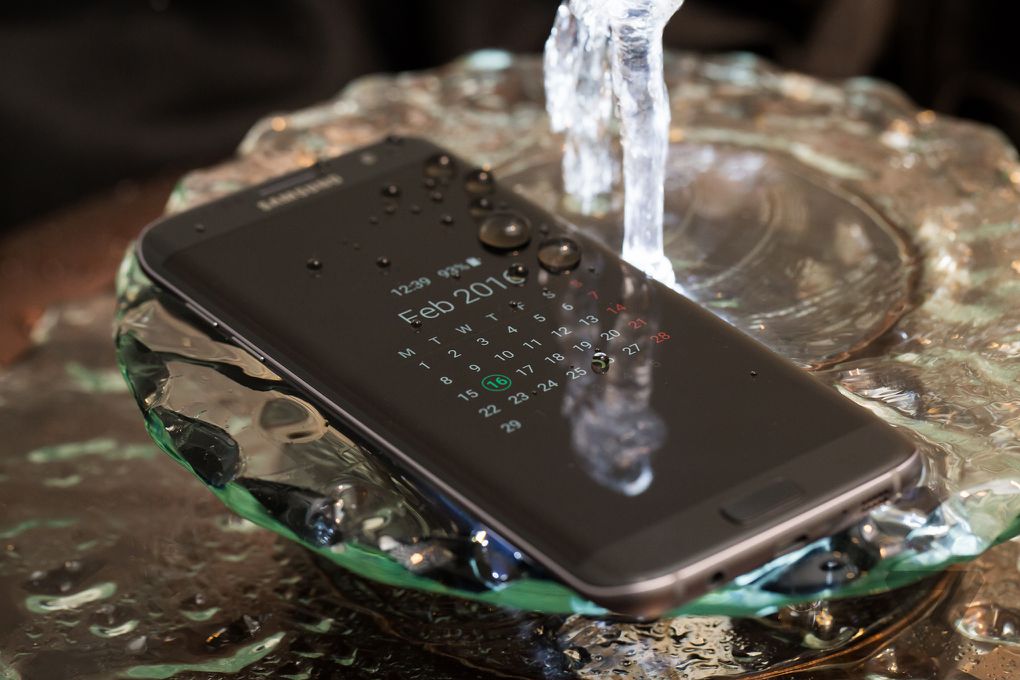 The S7 and S7 Edge will be available on all four major carriers in the US starting on March 11th, with preorders beginning on February 23rd. The S7 will come in black or gold, while the S7 Edge will come in black, gold, or silver options. Samsung is sweetening the deal for early adopters with a free Gear VR offer with purchase of either S7 running February 23rd through March 18th. Samsung says that pricing for the new models should be in line with last year’s phones at launch, so the S7 and S7 Edge won’t be coming cheap. 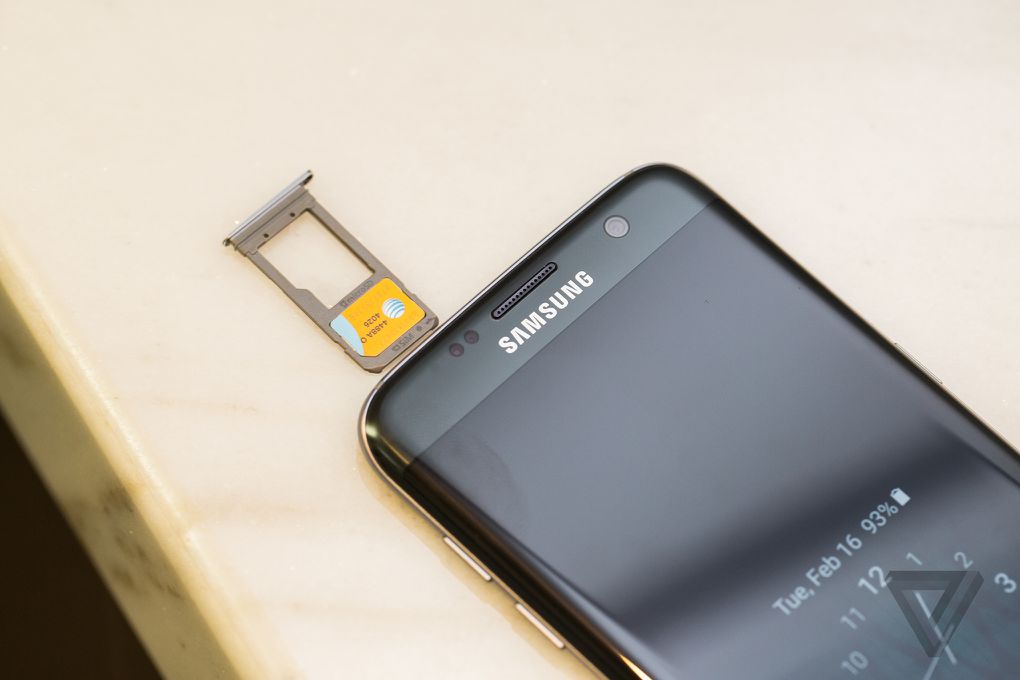 Though Samsung produced a great product with the S6 last year, it didn’t stop the company from losing market share and profits in its mobile division. Samsung is facing ever stiffer competition, not only from its traditional rivals like Apple and LG, but also from lower-cost Chinese manufacturers that have eaten away at the low-end of Samsung’s business. The S7 and S7 Edge are not reinventions of the wheel, but iterations and refinements, and address some pain points of the older models. Whether that’s enough to turn Samsung’s smartphone business around remains to be seen, but it will be an interesting show to watch.

Samsung’s Galaxy S7 smartphone will be released with two different screen sizes, according to a report from South Korea’s ET News. One version will reportedly have a flat, 5.2-inch display, while the second — the “Edge” variant — will incorporate a curved, 5.5-inch screen. It’s previously been rumored that the Galaxy S7 will include a 5.7-inch display, the same size as the screen on the S6 Edge+.

Launching the S7 with two different screen sizes would be a change in strategy for Samsung, which released this year’s S6 in flat- and curved-screen variants, but with the same size 5.1-inch screen. The rumored approach would be more comparable with Apple’s tactics with the iPhone 6 and 6 Plus, released with 4.7-inch and 5.5-inch screens respectively. (The S6 Edge+ has a larger screen too, but was released months after the original S6 and S6 Edge.)

Citing unnamed sources, ET News also reports that Samsung is planning an initial production run of approximately 5 million units for the new Galaxy (split between 3.3 million for the S7 and 1.6 million for the S7 Edge) with mass-production rumored to start in February. A previous report from The Wall Street Journal suggested a March release date for the S7, as well as claiming that the phone will look “largely similar” to the S6 and will feature a pressure-sensitive screen like Apple’s 3D Touch feature.