While people are discovering Earth 2.0, Lebanese people are facing a serious trash problem!

In an effort to make Beirut a better place, Uber partnered up with Live Love Beirut & Advanced Car Rental who will be passing around for a full week in vans to collect on-demand recyclable waste via Uber for FREE. All material will be handed over to arcenciel who will handle the recycling process.

Don’t wait, start bagging waste today because we’re coming to your doors as of this Today!

Thank you Uber! At least someone is doing something!

Salma Hayek put on a sensational display at the Beirut premiere of her new film The Prophet on Monday night.

The 48-year-old looked exquisite in a floor-sweeping silver gown as she prepared to showcase her new production about the famous poetry works of Kahlil Gibran.

Actress Salma not only voices one of the characters in the enchanting animated tribute, but she also produced the film before leading the red carpet in the late writer’s native Lebanon.

The actress may have tipped her toe into the fountain beside Gibran’s commemorative statue on Sunday, but it might as well have been a fountain of youth when she stunned in silver on Monday.

Brunette beauty Salma boasted a blemish-free visage with immaculate make-up and a delighted smile as she sent photographers into a frenzy on the world’s stage.

She was petite with her decolletage on show in a belted, plunging number that drew her in neatly at the middle before kicking into an elegant skirt.

As she turned, Salma showed off a full train that followed faithfully behind her, while giving a look at her tight ringlet curls that swept across her bare back.

The new film has been a labour of love for the dedicated Hollywood starlet, who as begun her promotional tour for the movie in the best place possible, the poet’s birth place.

The Prophet tells the story of a young girl who finds the voice she lost through her friendship with a poet imprisoned for his ideas.

Salma, who called the film a ‘love letter to my heritage’, was obviously keen to talk about her work of art when she hit the red carpet.

The actress was seen hushing the crowd as she broke into a speech and even embraced the bustling crowd of reporters waiting to hear her input ahead of the special film preview.

The 48-year-old has been overwhelmed by the support she’s received for bringing the masterpiece to the big screen and even shared a picture of the gifts that she had received while visiting Lebanon this week.

On her Instagram page she wrote: ‘Thanks to all the people in Lebanon for sending me all these wonderful gifts. Your reputation for generosity is well deserved,’ and followed it with the tags ‘Lebanon,’ ‘Family’ and ‘Gratitude’.

Earlier in the day, Salma brought some flower power to the press conference as she talked more about the masterpiece and the origins of her new film.

The Prophet will serve as Salma’s fifth time in a producer capacity after films such as Frida and The Maldonado Miracle, as well as producing episodes of Ugly Betty, in which she also played a small part between 2006 and 2007.

The film is an adaptation of Gibran’s 1923 collection of 26 prose poetry essays by the Lebanese artist, philosopher and writer.

Salma lends her voice to the character of Kamila, while Taken actor Liam Neeson will voice Mustafa and John Krasinski is Halim.

When you’re voicing a character in a film and you’re producing that film too, you’ve got every excuse in the book to hit the red carpet in serious style.

Salma Hayek doesn’t ever need much of a reason though to notch things up in the glamour stakes, always stepping out looking fabulous.

For the premiere here for The Prophet, Salma wore a stunning embroidered gown by Elie Saab. The piece came straight off the runway – showcased in the spring/summer couture collection for 2015 and Salma did it serious justice.

Being a couture piece, the dress isn’t available to buy online, but if you click to the right you can snap up a ready-to-wear dress by Elie Saab at Farfetch instead. Alternatively, browse the glittering grey picks below to get Salma’s look for less.

Although it’s been home to a lot of unrest, Beirut has great shopping and sightseeing, even being called the “Paris of the Middle East” by Lonely Planet.

Visitors to Doha will find spectacular architecture and cultural sights.

Durban is a beach city that’s home to a range of attractions.

Described as “a city trapped in time”, Havana is magical.

A vibrant city with towering high-rise buildings, Kuala Lumpur is a hit to the senses.

Perched more than 3500 metres above sea level, this city will leave you breathless in more ways than one!

There are ancient structures in Vigan that have survived the test of time.

UPDATE 1: The game has been rescheduled to the 8 of September in Doha Qatar at 9 pm due to the situation in Lebanon! (Credits to Malek El Far). The Game will be Live on New Tv (Al Jadeed) at 9 Pm Beirut Time

“An-Nahar” Newspaper: The Brazilian football Olympic Team agreed to play a friendly match with the national Lebanese Olympic team in Lebanon on September 4, in addition to the two friendlies against the elected Iraqi and Bahraini in Beirut as well.

A source close to the Lebanese Federation of Football told the newspaper “Al-Nahar” that the head of the Executive Committee of the Federation, Hashim Haider is following all the details closely and that the Committee has made ​​arrangements of all the bookings for hotels, transportation and other things like necessary logistics to arrange for the hosting of the Brazilian national team.

And he’s waiting for a response from security agencies regarding the security arrangements that ensures the protection of the Brazilian national team and the other Arab teams during their stay in Lebanon. 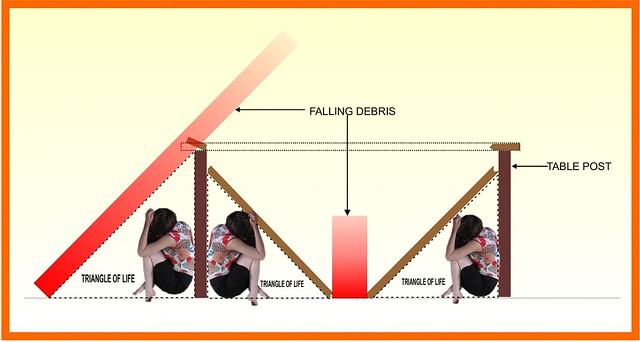